White Wolf Tahoe: A Wedding Among The Trees

Leighton and Zach’s wedding at White Wolf Tahoe was one of my super favorite weddings in 2021. If we are being honest, it ranks on the list of fave weddings of all time! It was just that good!

On top of it just being a hell of a wedding day, Leighton and Zach are some of the most down-to-earth and genuine humans ever. They are hilarious and easygoing. Together, they are a match made in freaking heaven! Between you and me? I am obsessed with them – NO SHAME!

Get to Know the Couple: Leighton & Zach

Zach and Leighton worked together which allowed them to become best friends. I mean, if a couple STARTS as besties, then you know that they have a forever type of love! As they began to hang out more and more, Leighton worked to build up enough courage to finally tell Zach how she felt!

Eight months later, she finally did, and the rest is history!

Together, they love exploring the outdoors, laughing, and spending time with family. They are self-proclaimed foodies and say that “bitchin’ sauce” is their “go-to snack”. Basically, they are the coolest people on Planet Earth.

Leighton is from the midwest, and Zach is a local Tahoe boy. However, they have since relocated to Bend, Oregon. Because Tahoe is such a big part of Zach’s life, they knew that they had to get married there.

Like most couples who got married in Tahoe in the August of 2021, it was pretty hazy due to the Caldor Fire. However, Leighton and Zach’s wasn’t nearly as smokey as my other weddings during this time.

They got married at White Wolf Tahoe which is actually my favorite venue in the area. I am not sure how long it is going to stay operating, however.  The owner has decided to use the land to connect Alpine Ski Resort to Palisades Ski Resort. Its future as a wedding venue is up in the air. It is super sad, but I guess if you are a bit of a ski-bum then congratulations! Also, this is your sign to inquire there ASAP if you want to get hitched here because who knows how things are going to change.

P.S. This venue has some of the most amazing photo spots I’ve ever seen. I’ve even had people comment asking if these photos were taken in Yosemite they’re that epic!!

To begin their day, Zach got ready with his boys at his mom’s house. Leighton got ready at a large Airbnb they had booked for the occasion. The Airbnb also just so happened to be right across the street from White Wolf Tahoe – perks all around! During getting ready for photos, Leighton and Zach’s wedding party was the ultimate hype crew. The entire time you could tell how much they cared for the couple and wanted nothing but the best for them!

Once we got to the venue it was time for all the magic to happen. Surrounded by their closest family and friends (and their dogs!!), L & Z said “I do!” and sealed in forever together. Their ceremony was officiated by their dear friend Tammie and she made the whole experience so special and thoughtful.

Like I said earlier, L & Z are big foodies so they chose two of the most epic foods for their wedding meal: Pizza & Sushi! I don’t know about you, but I think that is fucking amazing! Who says that you can only have chicken and beef for your wedding food!?

As I captured the other moments of their day, I was hyperfocused on the ones that included Leighton’s mom. Who, had been diagnosed with early-onset Alzheimers.It was super important to Leighton & her fam that I capture all the things having to do with her mama and I was committed to making that happen for them. Capturing moments like this are why I freakin love what I do. Your wedding photos represent so much more than just you getting married. Your wedding day is one of the only times in your life where all of the people you love come together in one place, and it’s the best opportunity to truly capture all of the memories with those who mean the most.

Speaking of special moments, another fun part of the day was when everyone was given a shot of Peach Schnapps. With that shot, they all participated in Ziggy Zaggy which is an old Austrian Tradition that includes a fun chant before taking your shot. It was such a blast seeing everyone participate and as a result, let loose on the dance floor.

When the Lucky Devil’s Band set was up for the night, Leighton and Zach whipped out the headphones for a silent disco to continue the party. It was such a rad way to keep the party going and was a nice to work around the 10 PM quiet hours 😉 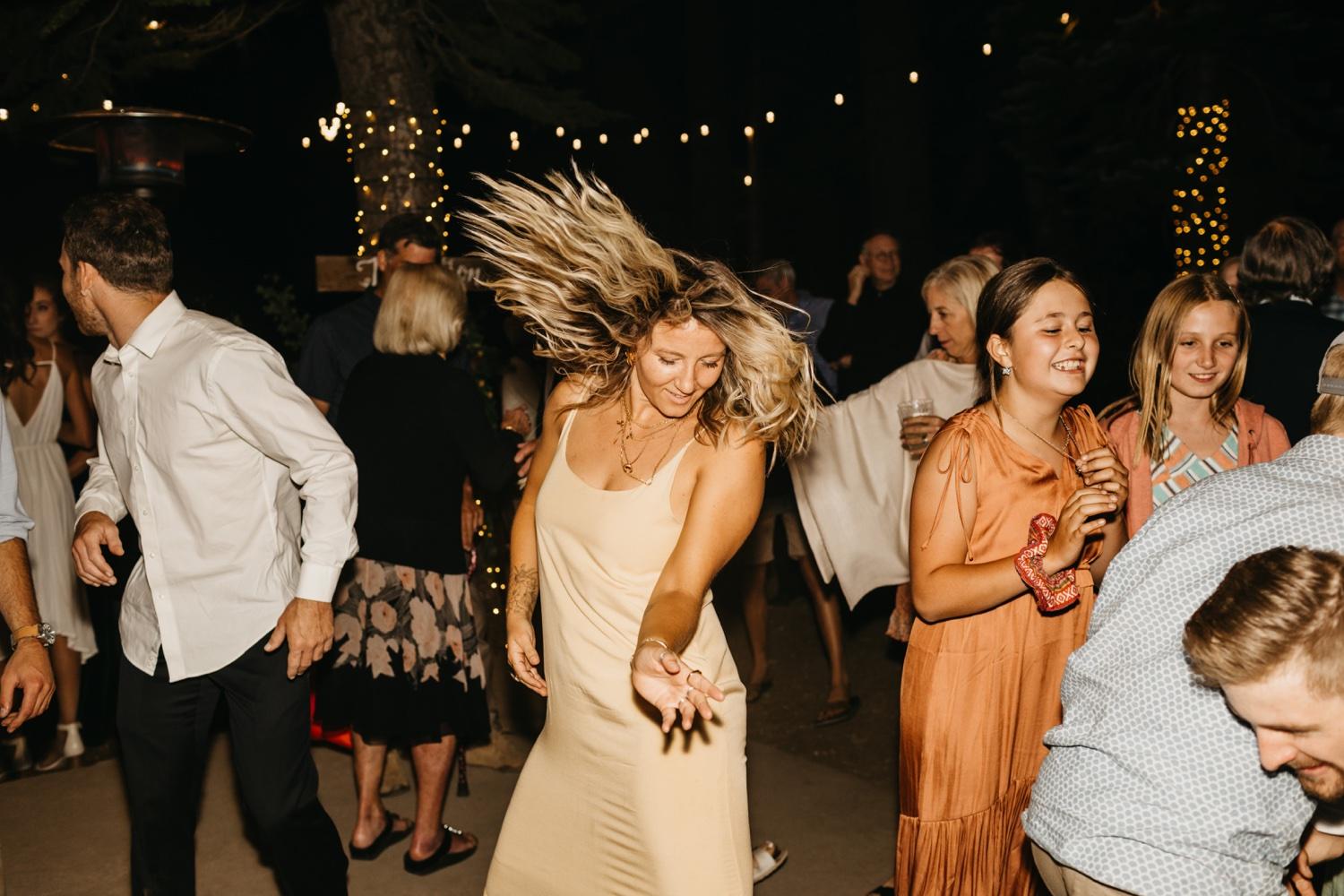