Interested to know how we pulled off a 24-hour South Lake Tahoe Surprise Proposal?

Daniel and Kristina met in high school and have been together for six years. Kristina was out in South Lake Tahoe on a girls’ trip. Daniel was supposed to rendezvous with Kristina in Napa where he planned to propose, but his gut told him otherwise.

You see, Kristina was sending Daniel pictures of her girl’s trip, and Daniel was so moved by the photos of the lake he knew he had to propose there!

That, my friends, is how you know that this one… it was gonna be a good one.

The Makings of a Lake Tahoe Surprise Proposal

Daniel knew that South Lake Tahoe was perfect for his proposal to Kristina. So, of course, he reached out on a whim to do a shoot. After a last-minute flight by Daniel, we met up and scouted the area for the ideal location to pop the question. It was time to put the game plan into action!

I suggested to Kristina and her friends a spot with great views. CUE Daniel! Kristina was surprised as Daniel came out of the woods and said such sweet nothings. He then pops the question overlooking South Lake Tahoe. Kristina said, YES!!

Daniel and Kristina’s South Lake Tahoe surprise proposal was so freaking amazing! If Kristina is honest, she expected Daniel to propose on this trip BUT she had no idea it would be in South Lake Tahoe. She fully thought it would happen on their Napa leg of the trip. Romantic? Yes. Predictable? ABSOLUTELY YES! That was not Daniel’s style.

Another thing about their South Lake Tahoe proposal is that it was very windy and stormy. Some people get turned off by the idea of the storm and typically choose to reschedule. Let me tell you, do not be afraid to take photos in a storm. (Safely of course!) They are perfect for moody, pretty, and cool shots! It’s our opportunity for windswept photos.

I am so freaking proud of Daniel for being able to pull off a beautiful proposal within 24 hours! He did that. After our session, Daniel and Kristina headed off for a lovely dinner as fiancés. I am so excited for their journey to Napa, I just know it’s going to be dreamy. Especially now that they are ENGAGED!!

I drove off to go edit the shoot and when I sent them over the sneak peeks, they were already obsessed. ME TOO!

Thinking of popping the Question!? Let’s chat about how I can help you make this the most epic memory EVER! 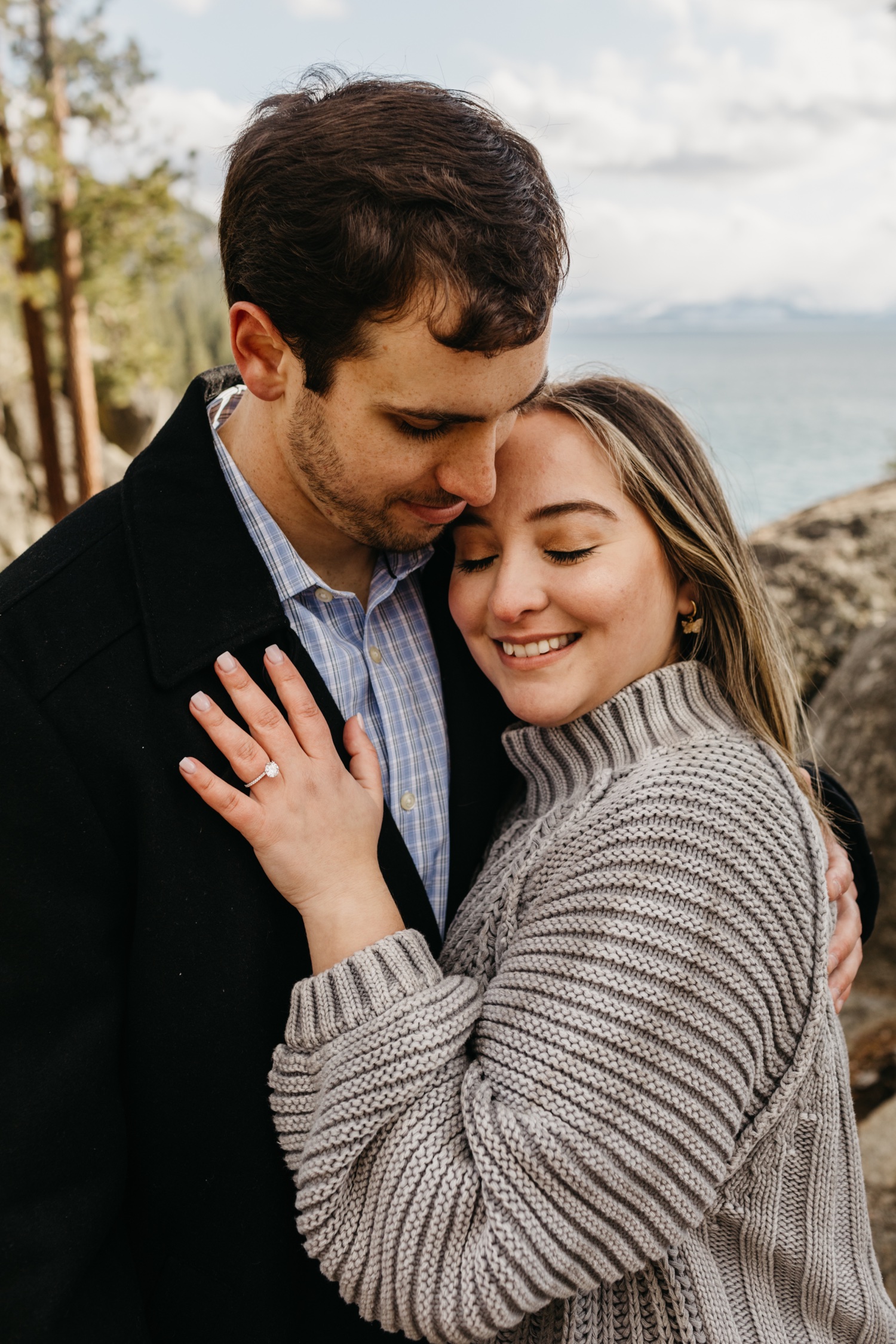